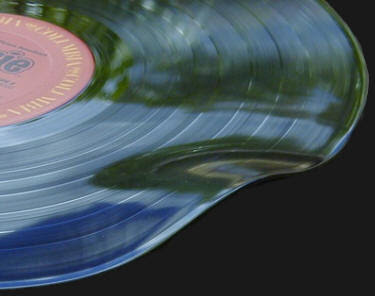 Why would you make a window completely out of vinyl? 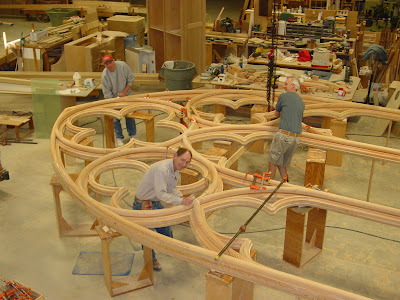 Wood has been used for centuries for window making!

The earliest windows were just holes in a wall. Later, windows were covered with animal hide, cloth, or wood. Shutters that could be opened and closed came next. Over time, windows were built that both protected the inhabitants from the elements and transmitted light: mullioned glass windows, which joined multiple small pieces of glass with leading, paper windows, flattened pieces of translucent animal horn, and plates of thinly sliced marble. In the Far East, paper was used to fill windows.

The Romans were the first known to use glass for windows. In Alexandria ca. 100 AD, cast glass windows, albeit with poor optical properties, began to appear. Mullioned glass windows were the windows of choice among European well-to-do, whereas paper windows were economical and widely used in ancient China, Korea and Japan. In England, glass became common in the windows of ordinary homes only in the early 17th century whereas windows made up of panes of flattened animal horn were used as early as the 14th century.

Modern-style floor-to-ceiling windows became possible only after the industrial glass making process was perfected. Modern windows are usually filled with glass, although a few are transparent plastic.

Speaking of plastic, window manufacturers do make windows out the material also known as PVC. Are they a good window to insulate your home? Of course. Do they last? Vinyl windows have only been around about 20 years. Will they survive for a hundred ? No one knows, but studies prove that many of these windows installed since the early 1980s are failing at an alarming rate. In 1996 there were fewer than ten major window manufacturers in the U.S.; but there were more than 3,000 different companies producing windows. Roughly half of the replacement windows sold in the United States are vinyl. Some come with a 10, 20 or 30 year, or even a lifetime warranty. Sometimes that warranty is not transferable to a new property owner. And, with so many manufacturers, when warranty time comes, will they still be around ?

Are there any health concerns with vinyl windows? Widows are generally not considered a threat to indoor air quality from offgassing. The fact that the majority of replacement windows are made of vinyl does have serious environmental consequences, as the manufacture and eventual destruction of vinyl after its lifecycle results in the production of the potent environmental and bioaccumulative poison dioxin. Fortunately, during the usable life span of vinyl, it shows very little degradation and subsequent offgassing, which is why it is used in windows, and so poses little health risk. Most other components used in wood windows are either wood of one sort or another, and then the cladding materials, usually aluminum, fiberglass, or just paint, none of which have much effect on the indoor air quality because they are located on the exterior of the building. Wood does offgass, but it is largely water and some natural, plant based, aqueous(water based) solutions and generally not harmful to human health. There are potential offgassing, or really leaking gas, from the infills of thermally broken, inert gas filled windows, but this is when the seal leaks and the window fails and should not be considered a normal condition of insulated windows.

Vinyl windows have always been viewed as an inexpensive solution to replacing deteriorating, drafty-old wood windows. Property owners need to be aware that if you ask a vinyl window salesman if he thinks your windows are in bad shape and should be replaced, he of course, will tell you that they do. He sells vinyl windows for a living. He probably doesn’t know how to repair wood windows, therefore, in his mind, they must be replaced.

Original wood windows are important architectural features in any historic building. They are the “eyes” of the structure. They convey a sense of hand-craftsmanship and detail that cannot be achieved with substitute materials. Usually windows are replaced if they begin having operational problems: they stick or rattle, latches break, glass is broken, sash cords break and the windows have to be held open with a stick, they let in too much outside air, or my personal favorite, they need to be painted. (Remember, there is no such thing as a “maintenance-free” building). These problems are the simplest, most cost-effective to fix. More often than not, windows can be pragmatically repaired, or just fine-tuned to operate correctly and last another hundred years.

So maybe wood is the best choice for windows. That’s our belief.