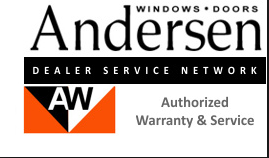 6.2 megawatt rooftop installation at Mandalay Bay slated to be among the largest rooftop solar arrays in the world

6.2 megawatt rooftop installation at Mandalay Bay slated to be among the largest rooftop solar arrays in the world

LAS VEGAS; July 2, 2013 ? MGM Resorts International (NYSE: MGM) and NRG Energy, Inc. (NYSE: NRG), through its wholly owned subsidiary NRG Solar, today announced the planned installation of one of the largest rooftop solar photovoltaic arrays in the world at the Mandalay Bay Resort Convention Center in Las Vegas. The 6.2-megawatt installation will be MGM Resorts’ first commercial solar project in the United States and will generate enough electricity to power the equivalent of 1,000 homes.

The announcement was made at a news conference in Las Vegas featuring U.S. Senator Harry Reid and Secretary of the Interior Sally Jewell in advance of the National Clean Energy Summit 6.0 on August 13, 2013 at Mandalay Bay.

At peak production, the rooftop array is expected to produce nearly 20 percent of the Mandalay Bay’s power demand. This in turn will also lower demand on the southern Nevada electricity grid at the hottest time of the day, decreasing the need to import energy from outside the local energy system thus reducing energy costs for the entire Las Vegas system.

“Integrating environmentally responsible practices throughout our operations has been a key pillar in MGM Resorts’ strategic sustainability plan,” said Jim Murren, Chairman and CEO of MGM Resorts International. “Partnering with NRG Solar to install the solar rooftop at Mandalay Bay highlights a major milestone in our efforts to promote renewable energy and reduce our consumption of the planet’s limited resources.”

“MGM’s desire to advance environmental stewardship in support of a cleaner future speaks to the quality of the organization. At the same time, it’s an intelligent business decision. The new 20,000 panel solar rooftop array at Mandalay Bay will effectively enable the resort to lock in a substantial component of its energy costs at a very competitive rate,” said Tom Doyle, President and CEO of NRG Solar. “Our expectation is that other corporations will follow thought-leaders like MGM Resorts to protect our planet.”

MGM Resorts chose the Mandalay Bay Resort Conference and Convention Center for its new solar array due to its large sun-oriented rooftop space, which spans roughly 20 acres. Once the project, custom designed and developed by NRG Solar, is completed, Mandalay Bay will buy the energy created by the array though a power purchase agreement (PPA).

MGM Resorts has made great strides in reducing its natural resource consumption through its Green Advantage sustainability initiatives. Over the past five years, the company has reduced its energy intensity by more than 12%, and has also saved a total of more than 2.5 billion gallons of water.

MGM Resorts International (NYSE: MGM) is one of the world’s leading global hospitality companies, operating destination resort brands including Bellagio, MGM Grand, Mandalay Bay and The Mirage. The Company also owns 51% of MGM China Holdings Limited, which owns the MGM Macau resort and casino and is in the process of developing a gaming resort in Cotai, and 50% of CityCenter in Las Vegas, which features ARIA resort and casino. For more information about MGM Resorts International, visit the Company’s website at www.mgmresorts.com.

About NRG and NRG Solar

NRG is at the forefront of changing how people think about and use energy. We deliver cleaner and smarter energy choices for our customers, backed by the nation’s largest independent power generation portfolio of fossil fuel, nuclear, solar and wind facilities. A Fortune 500 company, NRG is challenging the U.S. energy industry by becoming one of the largest developers of solar power, building the first comprehensive electric vehicle ecosystem, and providing customers with the most advanced smart energy solutions to better manage their energy use. In addition to 47,000 megawatts of generation capacity, enough to supply nearly 40 million homes, our retail electricity providers – Reliant, Green Mountain Energy and Energy Plus – serve more than two million customers. More information is available at www.nrgenergy.com. Connect with NRG Energy on Facebook and follow us on Twitter @nrgenergy.

NRG Solar LLC, a subsidiary of NRG, has more than 2,000 MW of photovoltaic and solar thermal projects in operation, under construction or in development across the southwestern United States. More information is available at www.nrgsolar.com.

This news release contains forward-looking statements within the meaning of Section 27A of the Securities Act of 1933 and Section 21E of the Securities Exchange Act of 1934. Such forward-looking statements are subject to certain risks, uncertainties and assumptions and include NRG’s expectations regarding the Company’s MGM solar project and forward-looking statements typically can be identified by the use of words such as “will,” “expect,” “believe,” and similar terms. Although NRG believes that its expectations are reasonable, it can give no assurance that these expectations will prove to have been correct, and actual results may vary materially. Factors that could cause actual results to differ materially from those contemplated above include, among others, general economic conditions, hazards customary in the power industry, competition in wholesale power markets, the volatility of energy and fuel prices, failure of customers to perform under contracts, changes in the wholesale power markets, changes in government regulation of markets and of environmental emissions, and our ability to achieve the expected benefits and timing of our electric vehicle projects. NRG undertakes no obligation to update or revise any forward-looking statements, whether as a result of new information, future events or otherwise. The foregoing review of factors that could cause NRG’s actual results to differ materially from those contemplated in the forward-looking statements included in this news release should be considered in connection with information regarding risks and uncertainties that may affect NRG’s future results included in NRG’s filings with the Securities and Exchange Commission at www.sec.gov.